How a journey from Florence to Bergen can prove Murphy’s law.

The first flight was cancelled. I was rescheduled for the next day and sent to a Hilton hotel.

The first flight was delayed 45 minutes. I missed the connection and was rescheduled for some hours later.

The first flight was delayed 45 minutes. I missed the connection and was rescheduled for some hours later.

Lufthansa, “There’s no better way to fly”… Are we sure?

For the third time, I took the so-called “7-fjellsturen”, the hike of the seven mountains of Bergen in one day. I am proud to say that I made in 10 hours and 40 minutes, 2 hours and 28 minutes less than my previous result.

The hike was too long even for Sports Tracker, which crashed after 8 hours. This means that I only have incomplete and maybe corrupted data of my hike. 🙁 The developers of this app will for sure hear from me… 🙂

Special thanks to Synnøve, who shared with me all the editions. Without her, I would have never managed this result. 😉

It looks like the Sports Tracker data of my hike is not corrupted. It is only incomplete since I started the tracking again half-hour after Sports Tracker crashed. 🙂 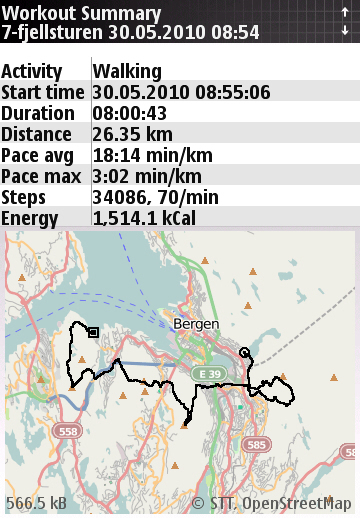 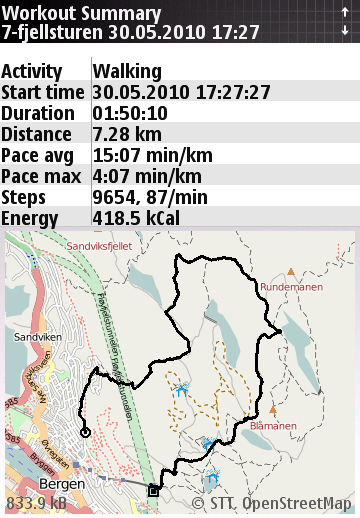 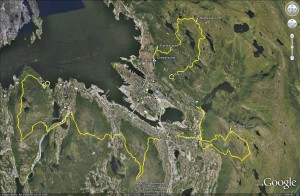 I had a short vacation in Moldova together with my friend Diego. Probably you are asking yourself “Why Moldova!?”. At least this was the reaction of all of my friends when I told them that I had planned a trip to Chişinău. To be honest, despite the fact that I am already back from the vacation, I am not sure what to answer to this question. 🙂

As far as I am concerned, I just wanted visit an eastern European country, possibly an ex-USSR one. The idea was to explore an area of Europe that was culturally and economically entirely different from what I am used to. After several discussions with Diego about which country to visit, Moldova caught our curiosity, and there we went.

I have to admit that I knew little about this country before going there, and two things impressed me the most. The first is, unfortunately, the poverty. The time seems to be frozen in the Nineties there. The average monthly salary in Moldova is around 2500 MDL (150 EUR) while in Norway is 30000 NOK (3500 EUR). Of course, life is cheaper in Moldova than in Norway, but even normalising the salary to the cost of living, the difference remains staggering.

The other thing that left me puzzled is the lack of linguistic and cultural identity. Moldovans belong to the Romanian ethnic group. The official language in Moldova is Romanian, although natives speak a Moldavian dialect which is slightly different from the original Romanian. However, Russians and Ukrainians constitute a large ethnic group in Moldova. Russian is then the default second language at all levels of education, and everyone in the country can speak it fluently. Oddly enough, local Russians refuse to speak Romanian and oblige native Moldovans to speak Russian. Walking around Chişinău, I heard more conversations in Russian than Romanian, which is quite sad. Maybe this is a superficial analysis of the integration problems, but what kind of cultural identity is this?

I learned a lot from this “very original” trip, especially to give value to the things I am lucky to have in my life. Being at home with all the comforts seems like a luxury now. I hope I will always remember about it.

I have not written any post about my summer vacations in Italy, Spain and Hungary, but now they are far away, and I will skip them. I just want to share my experience at the last conference I participated, namely the Nordic Workshop in Programming Theory in Lyngby, north of Copenhagen, Denmark.

As always I travelled together with Adrian and this time I had to share the hotel room with him since my travelling budget for 2009 has been in red since July… Fortunately, Adrian is not employed at the University of Bergen but the Bergen University College, and it seems that funding is less problematic there. 😉

The conference was well organised and covered many topics of computer science. Adrian and I spent a lot of time modifying the slides rather than listening to the talks, but the presentations of our two abstracts went fine in the end.

During my stay, I had the chance to test my skills in Scandinavian languages with some locals. Just for the records, written Danish and Norwegian (in the bokmål variant) are rather similar, so similar that reading Danish is not a problem for me, but the spoken counterparts are considerably different. Spoken Danish sounds like a continuous stream of (guttural) noises to me, with no chances to understand when a word stops and when the next starts. 🙂 I hope that no one will take it personally if I say that it seems like Danes do not make any effort to pronounce words correctly.

But there is even more. Danish has a rather weird number system. The tens from fifty on are not based on the number ten, as is the case in most European languages (French being another outstanding exception). This strange system combines two archaic ways of counting: twenty-based instead of ten-based and fossilised expressions for two and a half, three and a half and four and a half. This is the result:

After this experience, I think that these Norwegian comedians are not so far from reality. 😉

This time it was the TOOLS 2009 conference in Zurich, Switzerland. Adrian and I arrived on a Saturday, without any particular plan for the evening. Many locals suggested us to go to Lucerne because of the first edition of the Lucerne Festival. Adrian managed to convince me to go there, and I have to admit it was a good idea. Plenty of people, plenty of music, plenty of local food and drinks. And right after the sunset, the best fireworks I have ever seen: 25 minutes of pyrotechnic show with lights coming from both sky and lake… Amazing!

All the stereotypes about Swiss precision and efficiency were destroyed in one go on the way back to Zurich. We were supposed to take the train from Lucerne at 2:30, but probably too many people shared with us the same plan. 🙂 The result was kilometric queues on the ticket machines and people packed in trains like in India. The train we took did not even arrive in Zurich, and despite the promises of the railway’s personnel there, no further train came before one hour. In the end, tired of waiting, we took a taxi back to the city.

Well, despite this “original” start, the conference went well. The ETH, which hosted the conference, is located on top of a hill with a spectacular view over the city. The event was well organised and composed by several co-located conferences and workshops. Adrian made a brilliant presentation of our last work “A Diagrammatic Formalisation of MOF-Based Modelling Languages“, and many asked questions. I feel like the goals of our participation in the conference have been all fulfilled. The city was lovely and welcomed us with a great warm summer weather. The food was also great; to eat once more authentic Fondue and Rösti was a pleasure. 🙂

I left Zurich by train on Saturday, and my destination was not Bergen but Tortoreto, my hometown in Italy. The trip home was a sort of odyssey. The train I took in Milan had broken air conditioning system, and I had to stay inside it for five hours with no chance to open the windows. If this was not enough, the catering services of the Italian railways had a strike the very same day, i.e., it was not even possible to buy water! Italy is somehow able to remind me every time that the choice of moving abroad was the right one.